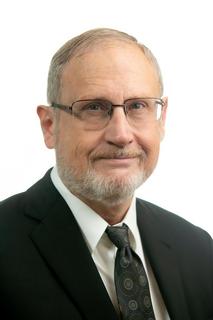 Ed is a former President of the Houston Civil War Round Table and is active in the Civil War preservation movement. In 2011, Ed received the President's Award for Distinguished Volunteer Service from the Galveston Historical Foundation. He is a Life Member of the Civil War Preservation Trust. He is also a member of the Company of Military Historians, the Society of Civil War Historians, the Southern Historical Association, and the Author's Guild. He serves as a Texas Marine Steward for the Texas Historical Commission. Because of his involvement in preserving the nautical history of Texas, Ed was named an honorary Admiral by the Texas Navy Association. In May 2006, Ed was awarded the Frank C. Vandiver Award of Merit by the Houston Civil War Round Table. His published works include Battle on the Bay: the Civil War Struggle for Galveston, which was published in 1998 by the University of Texas Press. His second book, Sabine Pass: the Confederacy's Thermopylae, was published in August 2004. The Sabine Pass book was the winner of the Dan and Marilyn Laney Prize for Civil War Battlefield Preservation. That award is given annually by the Austin Civil War Round Table to the author of the book that best promotes the heritage and preservation of endangered battlefields of the Civil War. The Southern Journey of a Civil War Marine: The Illustrated Note-Book of Henry O. Gusley, was published by the University of Texas Press in January 2006. The unique nature of this book made it a best-seller and led to an interview on National Public Radio that brought Ed and his book to the attention of Civil War enthusiasts across the country. Ed wrote a chapter on Federal Naval Strategy and Texas in The Seventh Star of the Confederacy: Texas during the Civil War (University of North Texas Press, 2009). This book was the winner of the Fort Worth Civil War Round Table's A.M. Pate, Jr. Award for excellence in research and writing on the Civil War in the Trans-Mississippi.

In the spring of 1880, Ulysses S. Grant, former general-in-chief and two-term president of the United States, stepped ashore at Galveston and began what turned out to be a seven-day whirlwind visit to Texas. Because of his past accomplishments and the chance that he might be nominated to serve an unprecedented third presidential term, Grant was the most famous and eagerly awaited celebrity ever to visit the Lone Star State. The general visited Galveston, San Antonio, and Houston, where he was greeted by thousands of cheering Texans.
Grant's visit to Texas was the subject of extensive coverage in newspapers across the nation, providing a unique time capsule for modern readers. The detailed reports of parades, banquets, receptions, and social activities not only document what Grant did at these functions, but also provide a record of what the thousands who came to see him said and did. The elaborate banquet menus and the word-by-word transcriptions of after-dinner toasts and speeches provide a fascinating window into social activities that are no longer an active part of modern life.
This book tells the story of Grant's busy week in Texas, allowing the reader to see Texas the way Grant experienced it. The book also includes a tour guide that will allow readers to literally retrace the general's footsteps to the sites of many historic buildings that still exist today.

Juneteenth: The Story Behind the Celebration (State House Press)

Juneteenth: The Story behind the Celebration

Released January 2006 by University of Texas Press
Reviewers have said this about the book:

"Journals of nineteenth-century U.S. Marines are rare, and Henry Gusley's is a truly outstanding account of the shipboard experiences and observation of an enlisted marine...Edward Cotham's scholarship in the introduction and in annotating the journal is outstanding, and he has drawn on the appropriate sources. This is one of the best jobs of editing in the field."
Joseph G. Dawson III, Professor of History at Texas A&M University

"I found Gusley's notebook fascinating, informative, and ultimately moving...Civil War historians will find the information about the inner workings and day-to-day life aboard U.S. naval vessels patrolling the Gulf of Mexico and the major river systems of the Trans-Mississippi interior highly informative...This book should also find a popular audience. Bright, literate, constantly upbeat, and good-humored despite the many difficult circumstances he found himself in, Gusley is good company for his readers."
Patrick Kelly, Associate Professor of History at the University of Texas at San Antonio.

“Ed Cotham has provided for posterity a fine rendering of one of the more amazing battles in American History. Not only was the Battle of Sabine Pass a heroic scale Texan victory, but Cotham tells that larger-than-life story with historical context and clarity that makes the story of Dick Dowling and his stalwarts that much more amazing.”
Dr. Don Frazier, Chairman of the History Department at McMurry University and Executive Director of the Grady McWhiney Research Foundation

Battle on the Bay: The Civil War Struggle for Galveston
(University of Texas Press, 1998)

"Devotees of American Civil War literature should find their horizons broadened and their understanding of the war enhanced by this book."

"Cotham is to be commended for writing an entertaining, superbly
researched, and compellingly written book. Readers who find Battle on the Bay
interesting may also want to consult the author's two other works, Sabine Pass:
The Confederacy's Thermopyl and The Southern Journey of a Civil War Marine:
The Illustrated Note-Book of Henry O. Gusley. If Battle on the Bay is any
indication, this trilogy of books should be a must read for anyone interested in
the Civil War."

The Seventh Star of the Confederacy (University of North Texas Press)

Ed Cotham's essay is titled  "Nothing but Disaster: The Failure of Union Plans to Capture Texas" One reviewer wrote:

"Howell has managed to gather eighteen of the very best Texas Civil War historians for this fine publication that is certain to attract considerable attention. It surpasses similar edited versions of the war in Texas and may well be one of the very best books on the subject."—Jerry Thompson, professor of history, Texas A&M International University